From My Easel: Two “Man With Hat Series” Paintings

Hi!  I’d like to introduce my “Man With Hat” series.

I started this series last spring as part of a demonstration for the Watercolor Society of Oregon (WSO).  Because my painting process takes awhile I didn’t finish the painting during the allotted time.  Instead, I worked on several versions in different stages to show the audience how I build my paintings in layers. 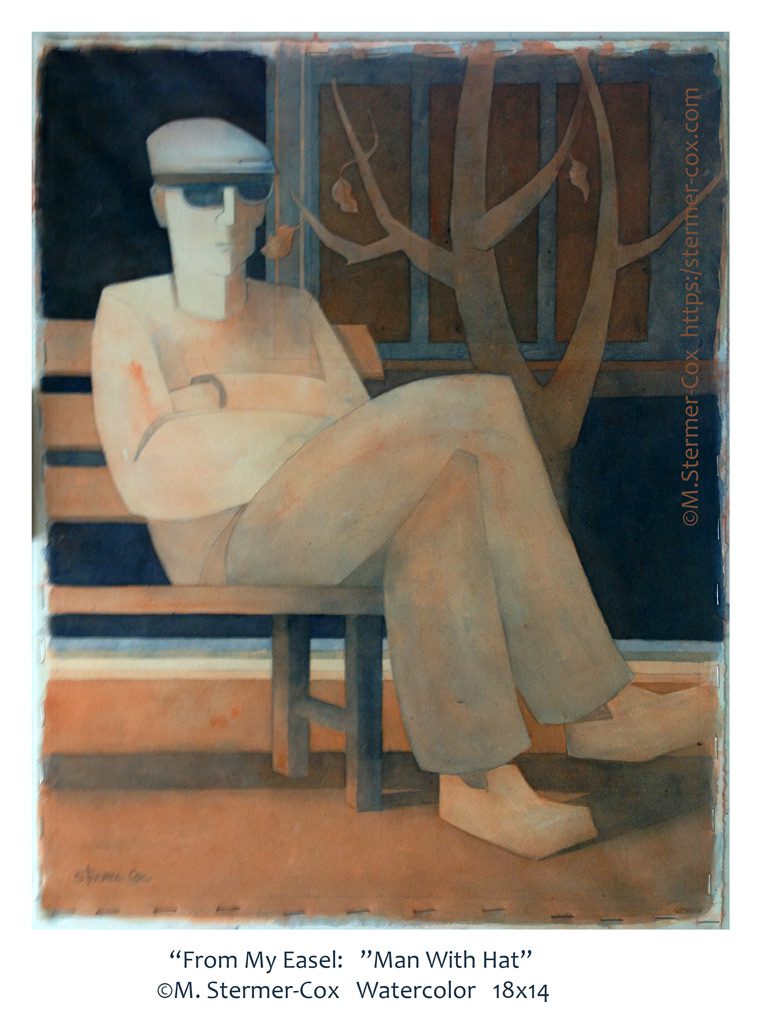 Well, its six months later and two of the versions are done.  I’d like to share the images with you “from my easel”.  I take a preliminary photograph of the paintings from the easel just to check the composition and decide if I like it.  Once the paintings are removed from the backing board, they go into the “ready for the official photo” pile.  After the official photo, they go into the inventory and are part of my portfolio.

What Took So Long?

I would like to explain the six months between start and finish.  I wanted to think of ways to modify and change the composition.  Four or five identical paintings would get boring for me and probably for you.  So, I let ideas incubate and figure out how to change them.  Coming soon (or not so soon), I have one that I’m calling “Irish Coffee”; another with a dog; and the third is different mainly in the handling of color and tone.  It may yet change too!  Just to give you something to look forward to!

Idea Managing.  One of the problems with creating paintings is that you (I) sometimes want to put too many ideas into one painting.  And, when the creative juices get going, I tend to think “what if I did this or did that?  Would it work”?  Hence the beauty of working with a series of paintings.  You get to play with ideas and plumb the well of creativity.  They don’t all work out, but by allowing crazy ideas to bloom, something special just might happen.

Overcome Fear Of Starting.  The other really valuable lesson in working in series is that you embrace starting all over again.   I think this is a particularly critical mindset for watercolor painters.  Its easy to overwork a painting trying to get it perfect. In this way, I let go of the idea of perfection and move on to the next painting.

OK, that’s a little bit mis-leading…I always try to create the best painting I can.  But, perfection is not the end state.  Rather, I want to get to a unified state; no more strokes needed.

Ready To Come Off The Easel.

That being said, I just thought it would be fun to show you the series as the first two are ready! 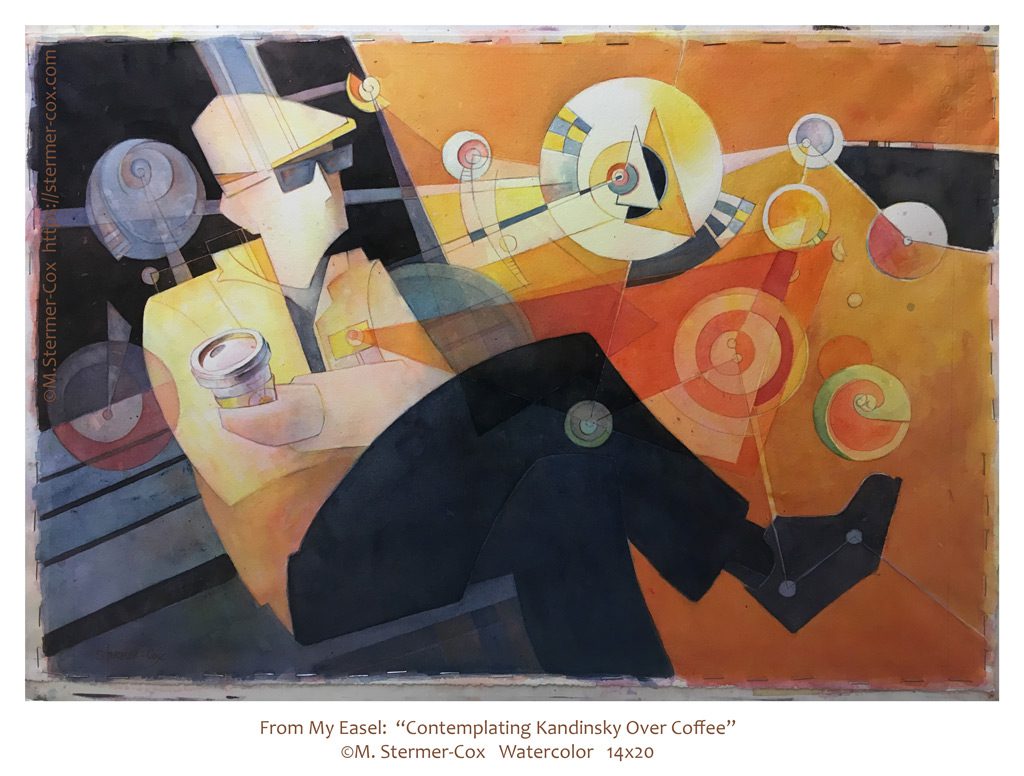 Happy New Year and New Decade! I’d like to finish out my micro mini “decade in review” by showing you four watercolor paintings.  The paintings represent years 2016 to 2019. 2016. This painting was an experiment in adding Celtic symbols to help tell the visual story.  You might notice the shamrock, Celtic knot and modified […]

Hi!  By the time the decade hit the middle years, cell phones and smart phones where everywhere.  And, today’s paintings for my mini review are all about cell phone conversations. Cell Phone Conversations And The Cat. Starting off with “Hang Up And Pet Me” from 2014, we have a woman sitting on a couch in […]